One of the things I love about film, is how long between taking the photo and seeing the result can be. I like to wait until I have a few rolls stocked up before getting them developed. It gives me something to look forward to, but also saves the number of trips I have to make to the photo studio where I get them developed.

Since I'm not the most consistent photographer, it can take me a while to build up a good 10 rolls of film to get developed. This last batch of 10 took about a year to build up. Mostly because I took a break from shooting for a while, and I wanted to save some money. We had some large, and unexpected purchases to make last year, which put a dent in the savings. Being back in a place where the savings hole had been mostly replenished, I could finally get these rolls developed.

It was a mix of 120 and 35mm, and most of the shots I really like are from the 120 rolls. The 35mm were mostly made using Fomapan 400, which is a film stock I don't think I'll be using anymore. For a while I really liked what Fomapan pushed a stop gave me, this time around, it just fell flat. The highlights have a much stronger amount of glow than they did in the past. It might be because I was using Caffenol at home at the time, and the studio I get it developed at is likely using Kodak XTOL or HC110. That's the only thing I can point to. Either way, HP5 and Kentmere 400 from here on out for me!

The 120 roll were a mix of Portra 400, Pro 400H and HP5. The Portra 400 rolls were filled with a lot of evening, longer-exposure experimentation. A few of which I'm really stoked on. One of them might be one of my favourite photos of mine of all time. That night, as I was walking around with my partner, we cut into an alley way to see if there could be any interesting mixed lighting. Right as we turned the corner, there was the back of a triplex partially illuminated by one of the windows from an apartment. It was casting such a nice orange glow on the red brick, contrasted with the blue/green hue from the blue-hour glow of the sky. It has an incredibly painterly quality to it.

I've stitched together the photos I loved most from the rolls for my creation this week, as they've all been scanned and edited over the course of a few days. I'm probably going to include a few of these shots in the Little Italy zine, Benvenuti, I'll be working on this year. 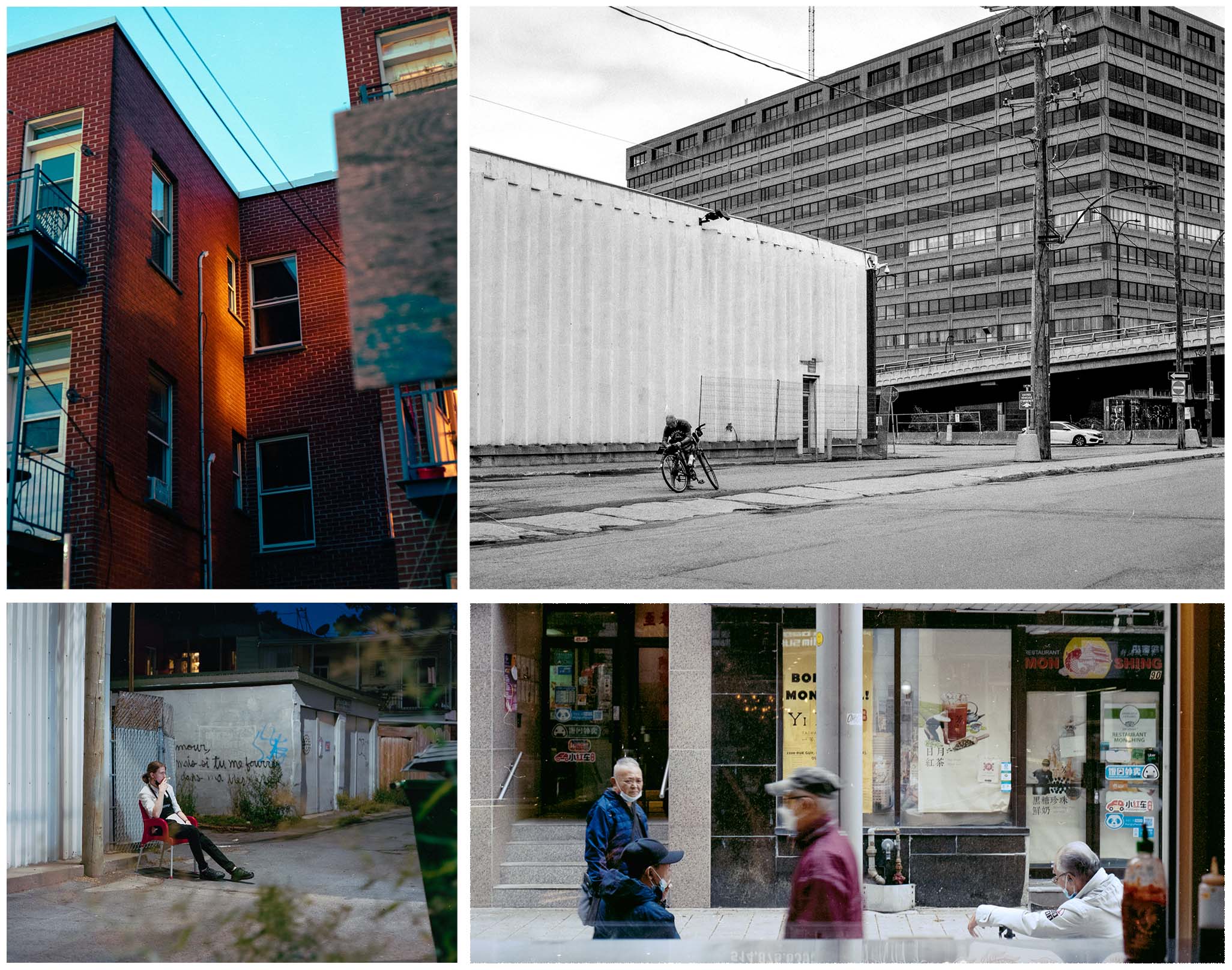