Alright, you caught me. I'm kind of copping out this week. It was one of those weeks where other priorities were ahead of my weekly creation and I only remembered that I needed to do something at 7pm this evening.

Instead of trying to rush to come up with something, then it ultimately being even more lackluster than this, I wanted to share some of my favourite recent photography failures. These photos has been taken as part of my work-in-progress called Benvenuti, which is a collection of photos taken around the neighbourhood I live in currently.

How could a failed photograph still be good, you ask? Well, in this case, they're compositions that I still ultimately like. I just completely messed up the focus on them. I could argue they're "artsy" if I wanted to, but that would just be a lie. So, I might as well own up to it! This project was also about honesty in the creative process, wasn't it?

Looking back on them, there are 2 that I really wished worked out. Thankfully one of them I could retake if I wanted to. It's of a local Caribbean restaurant called Lloydie's—which if you're in Montreal you should absolutely check out—which you'll see below. 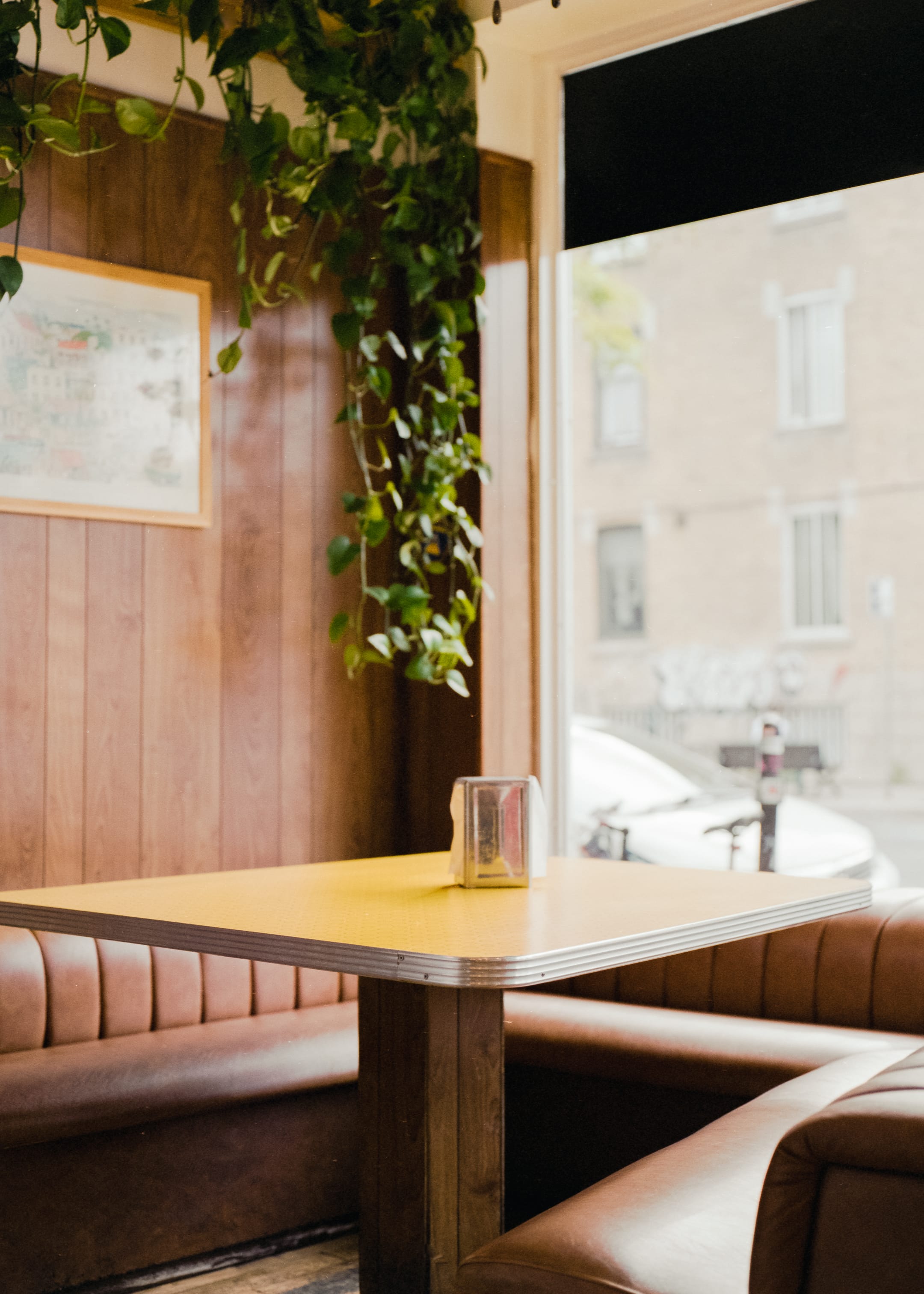 The second is I can't easily retake. Unless the universe decides I'm so karmically imbalanced that it should send me a gift by way of photography, I don't think it'll happen. Not only did I miss focus in this photo, but I messed up the exposure as well. There was an elderly gentlemen taking a nap in his car. From where I was standing, you could see his reflection in the side mirror. I thought it would make for a great photo if he was tack-sharp in the frame with the overpass and clouds just out of focus in the background.

Admittedly, I was a little nervous taking this photo. So, I wanted to frame it up and hit the shutter quickly so I could move on as if nothing happened. Y'know, the typical street photographer move. While I still like the composition, it could've been much, much better had I taken my time. 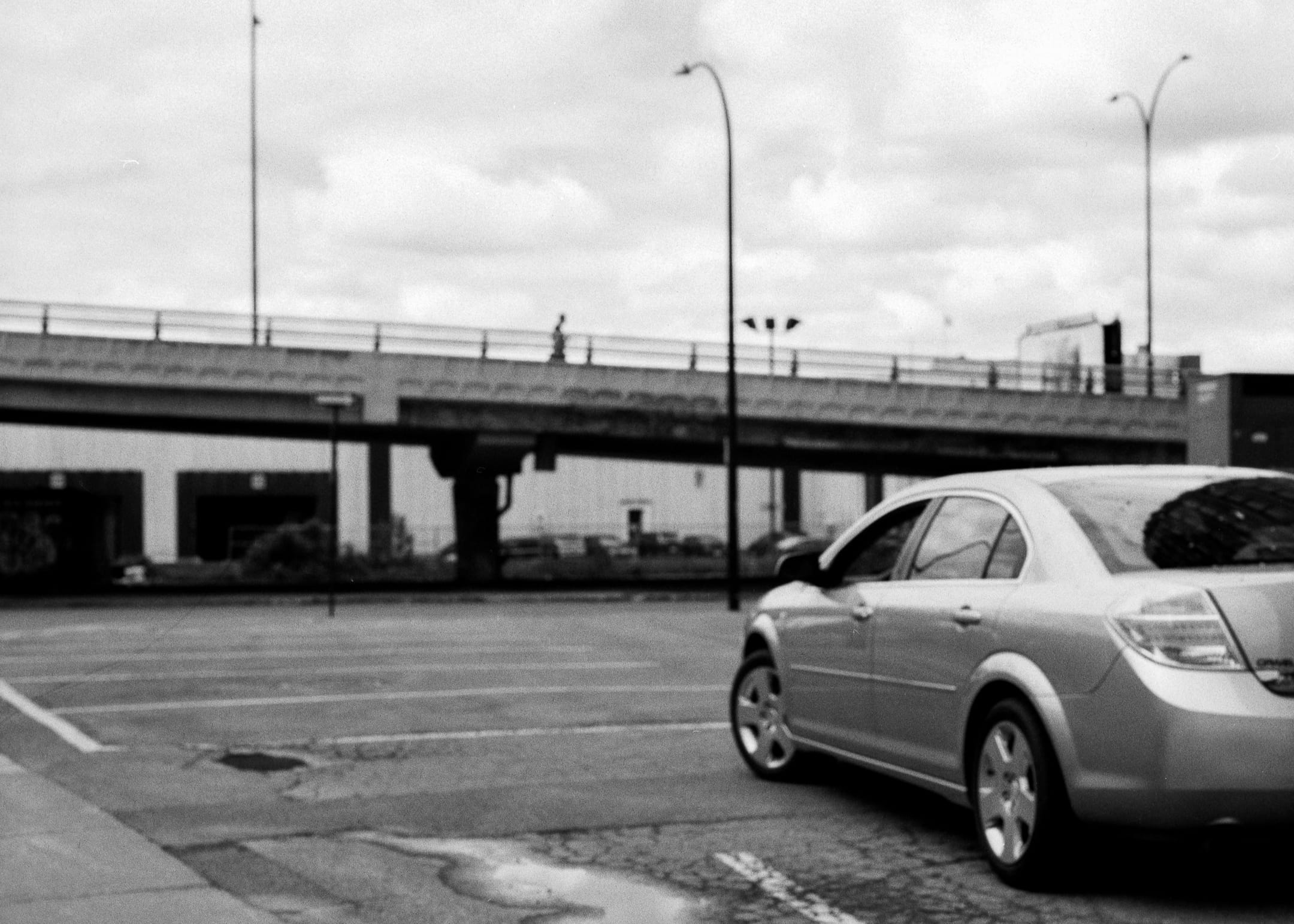 The last two aren't anything special, I just enjoy the compositions. Besides the focus, the first one of the dog could've been better had the dog not be so close to the parking meter. It would've allowed a better angle.

The second photo doesn't actually have much of a focus issue. It's more so an exposure issue. The black and white film I was using doesn't have a ton of dynamic range, which caused quite a harsh fall off in the greys and blacks. Had there been more detail and latitude in the blacks, I suspect this composition would've looked a lot more painterly. 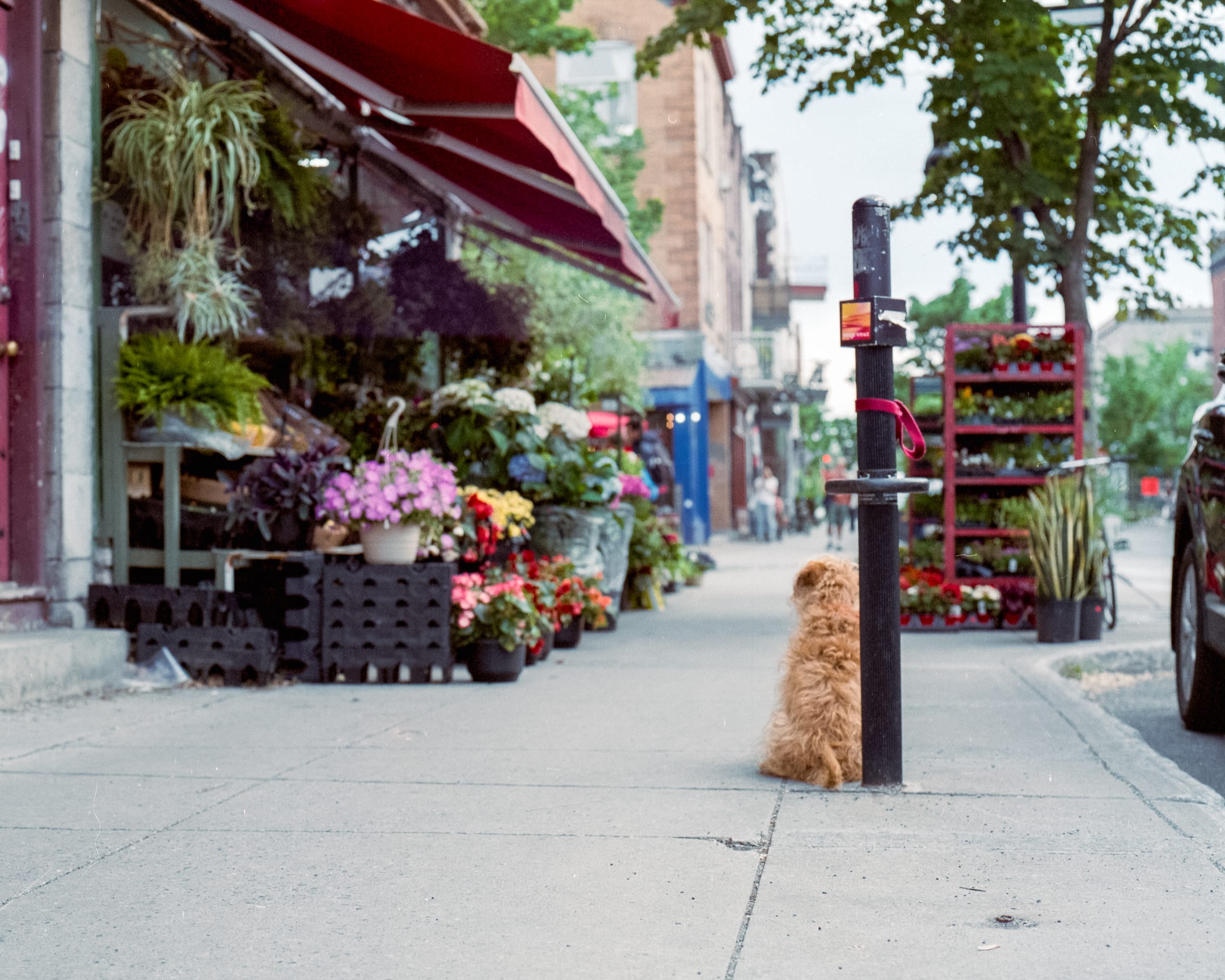 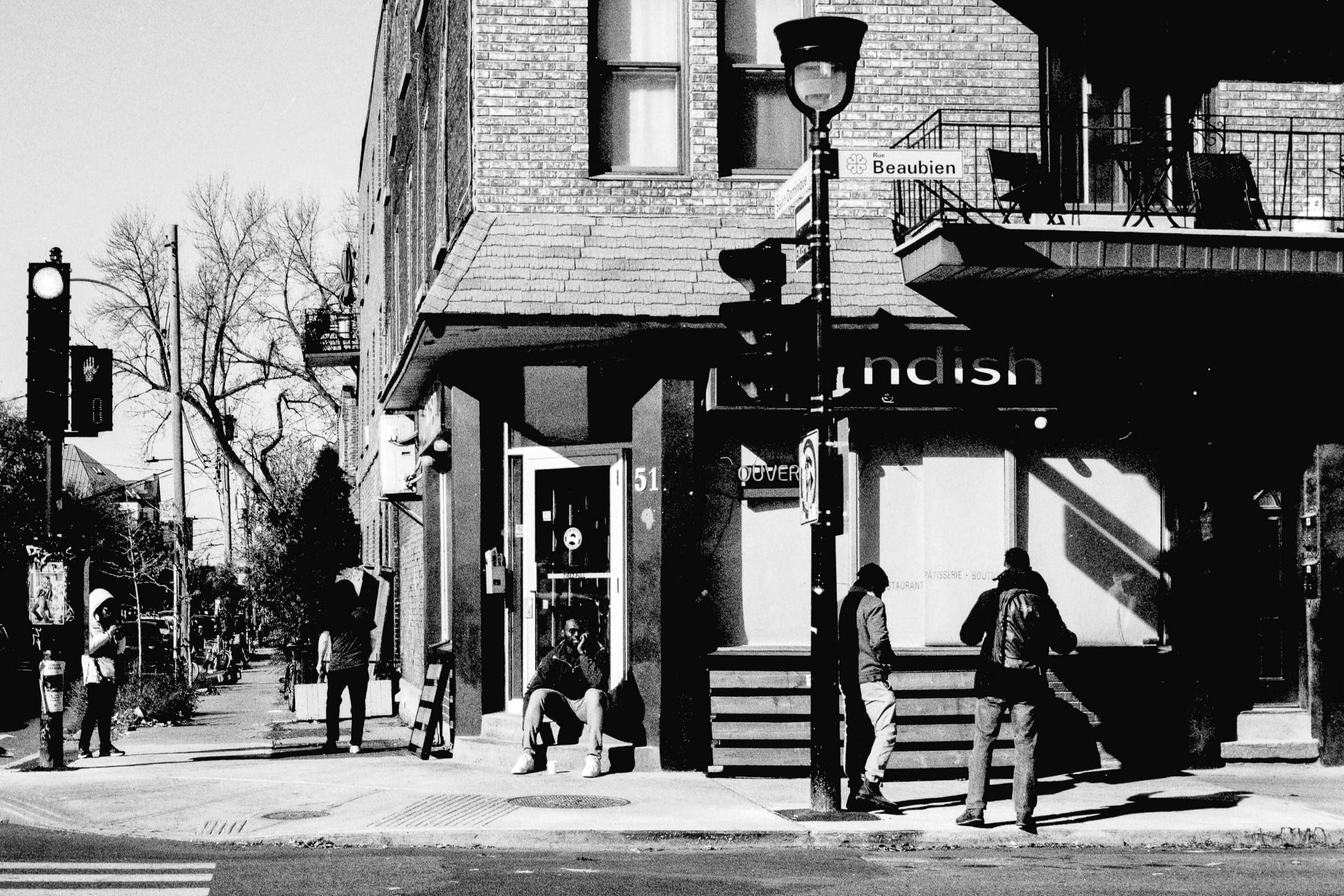 I might share more photography failures in the future. I think it's fun to see the frames that get passed on. It helps you learn more about what works and what doesn't, and gives you a sense of just how many photos are actually taken for a project for the amount that are included.